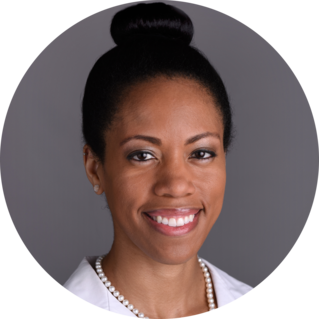 Kendra K. Ham, MD, FAAP, is a double board certified pediatrician in both General Pediatrics and Child Abuse Pediatrics.  She is a graduate of the College of Charleston where she received dual degrees in Biology and Spanish.  She received her MD degree from the Medical University of South Carolina in 2010.  In 2013, she completed her 3-year General Pediatrics residency at the Medical College of Georgia, now known as Augusta University.  In 2016, Dr. Ham completed a 3-year fellowship program in Child Abuse Pediatrics at the Medical University of South Carolina and remained there after fellowship as Clinic Director.  She had the honor of presenting her research on the treatment of chlamydia infections in children in Oxford, England in 2016.  She has worked for Atrium Health since 2017 and is now the medical director for the Atrium health Child Protection Team, including four child advocacy centers. She also provides inpatient consultations on patients where there is concern for child abuse or neglect at Atrium Health’s Levine Children’s Hospital.  She has published two children’s books, “A Violin in the Shed” and “Bell’s Policy,” in the series “Medical Adventures with Dr. Andrea.”  Her hobbies include spending time with family, reading, playing the piano, collecting earrings, and watching football.

Stay current on news and events by subscribing to our e-newsletter. Sign up here!